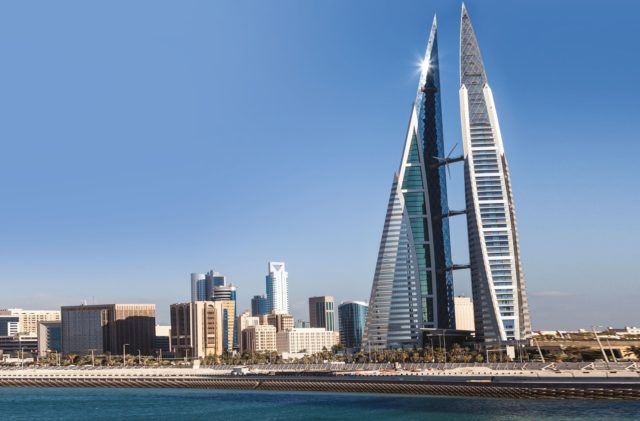 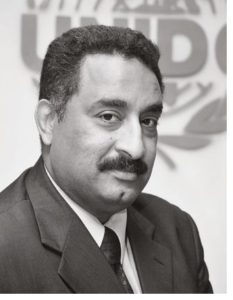 Entrepreneurs in the Gulf Region have
more opportunities to establish start-ups
than ever before, and many investors are
honing in on the IT sector, says Head of
Investment & Technology Promotion Office,
United Nations Industrial Development
Organization Dr Hashim S. Hussein.

Accumulated evidence has shown that financial inclusion promotes growth through the provision of funding to the most promising firms, encourages more start-ups, and enables incumbent firms to grow by exploiting growth and investment opportunities.

The lack of financial access limits the range of services and funds for households and enterprises; self-made entrepreneurs, in addition to micro and small enterprises, need to rely on their personal wealth or internal resources to invest in developing their skills and businesses, which limits their full potential and leads to the cycle of persistent inequality and diminished growth.

Ensuring effective Financial Inclusion requires a conducive holistic ecosystem that creates synergies and linkages between financial and non-financial services. On the one side nonfinancial services help in grooming and acquainting entrepreneurs with the realities of starting, managing and growing a business; through unleashing innovation, capacity building programs, counseling and mentoring. On the other hand; financial services are the catalyst that facilitate the conversion from a business dream into an existing business or enterprise.

Hence, non-financial services are a prerequisite to the success of Angel Investing and early stage investments through developing well-structured entrepreneurs ready to undergo specialized accelerator programs. The drop in oil prices has served as a strong trigger for the Arabian Gulf Cooperation Council countries (GCC) to swiftly shift and increase their attention towards strengthening the entrepreneurship and MSMEs ecosystem; as entrepreneurs are the key driver for national economies.

Currently, it is estimated that in the GCC there are over 100 players investing in the technology start-up sector across its various stages, from incubation to angel investments all the way to providing VC growth and late stage capital. It is worth noting that in spite of the number of players, the size of investments remains low as compared to the monetary capabilities of the GCC countries and the existing demand for angel and early stage investments.

Furthermore, with the growing demographics in the region coupled with the need to create jobs and ensure sustainable economic prosperity for its citizens, the GCC countries are more proactive and geared towards promoting entrepreneurship and facilitating innovation through an active partnership with the private sector with the ultimate goal of achieving investment with impact. Investment with impact calls on expanding economic prosperity to encompass not only the entrepreneur himself but also create a multiplier effect on society, community, national economy and, eventually, the global community.

The United Nations Industrial Development Organization (UNIDO) established the Investment and Technology Promotion Office in the Kingdom of Bahrain in 1996, with the ultimate goal of utilizing Bahrain’s position as a financial hub for the region to facilitate funding locally, regionally and internationally. By early 1999, ITPO Bahrain realized the urgency to develop a conducive local ecosystem to leverage and mobilize foreign direct investment. This involved an ecosystem that promotes entrepreneurship and encompasses capacity building, counseling, mentoring, technology tie-up, financial linkages, incubation, accelerator programs, and growth programs. This led to the establishment of the Arab International Center for Entrepreneurship & Investment (AICEI) and through which the Enterprise Development & Investment Promotion Program (EDIP) was conceptualized. Currently the EDIP program is implemented in 49 countries around the world and millions of entrepreneurs have been supported through it.

“The Kingdom of Bahrain,
being widely recognized
as the global leader in
Islamic finance, has
a major role to play in
facilitating angel and
early stage investments
and in developing sharia
compliant funding tools
that would ensure the
start-up and growth
of entrepreneurs”

AICEI functions on two levels: providing direct support towards the development and growth of entrepreneurs and developing specialized programs that empower and strengthen the existing ecosystem and stakeholders.

In terms of financial inclusion ITPO Bahrain has partnered and extended its support to a number of financial institutions with the aim of expanding and moving away from traditional financing tools and has played a significant role in promoting micro finance, venture capital, angel funding and crowd funding.

The Kingdom of Bahrain, being widely recognized as the global leader in Islamic finance, has a major role to play in facilitating angel and early stage investments and in developing sharia compliant funding tools that would ensure the start-up and growth of entrepreneurs.

Currently ITPO Bahrain is cooperating with Ibdar Bank, Bahrain, on developing a growth fund aimed at funding high growth entrepreneurs through adopting an Angel Fund modality. This is a clear indication that even major financial institutions are gradually moving away from traditional funding schemes and developing new funding trends that invest in well-structured entrepreneur’s rather than businesses. Today, with the IT based digital revolution, traditional economies are gradually fading and the competitive dynamics are changing. Enterprises who wish to remain competitive and attain sustainable growth need to adopt and transform their business models to embrace digitalization effectively.